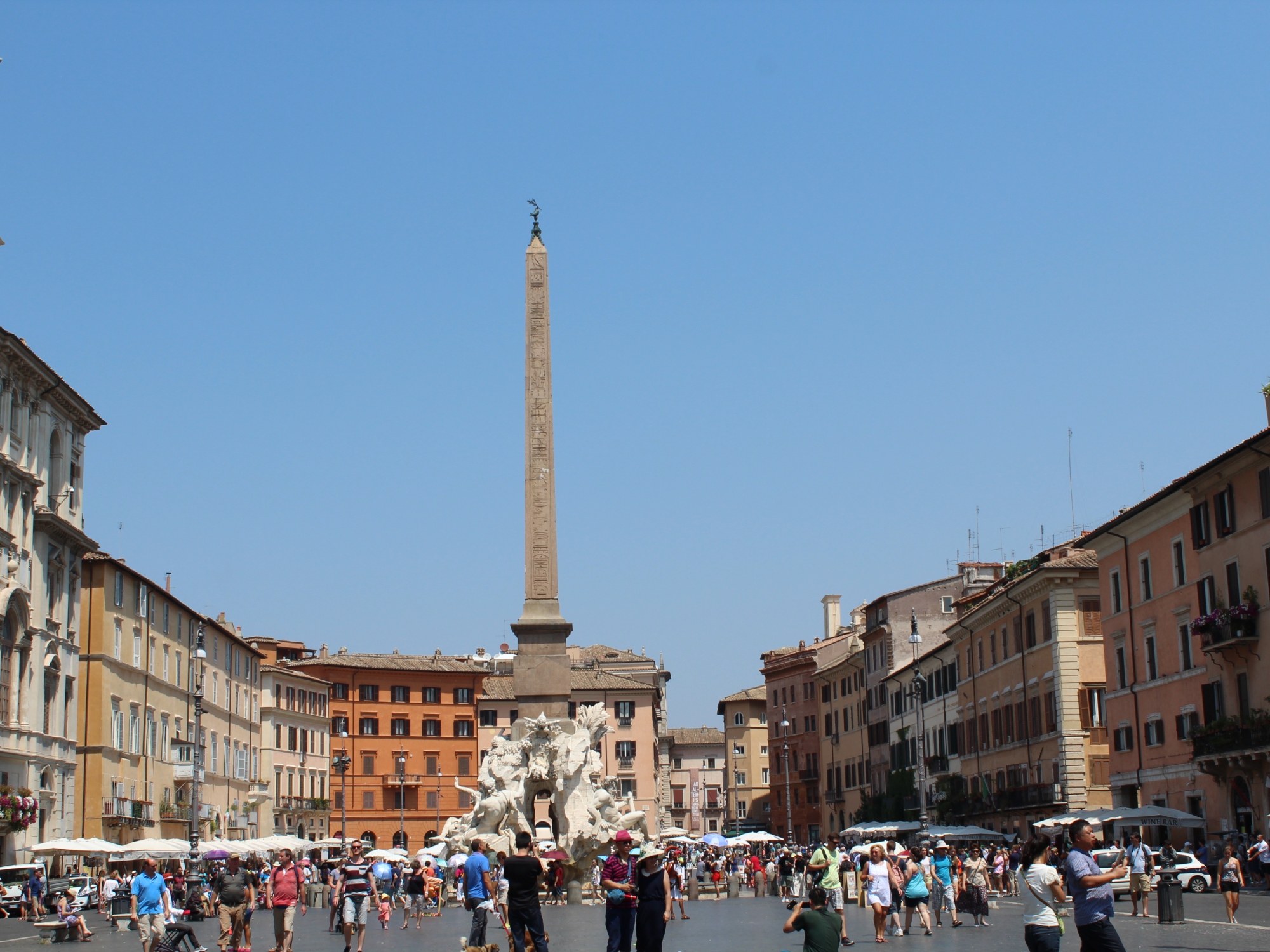 Waking up to the beautiful sunshine we had breakfast on the rooftop restaurant, whilst enjoying a beautiful view of Saint Peters Basilica we decided we would take an adventure to one of Romes most famous squares; Piazza Navona

Known as the home of the “Circus Agonalis“(competition arena) in accent times, this beautiful square is now home to the city market.

As we entered the Piazza we were faced with the Palazzo Pamphili which is now home of the Brazilian Embassy and in the centre of the piazza stands the was an amazing  Fontana Dei Quattro Fiumi or Fountain of the Four Rivers, this spectacular fountain has a base of risen rocks to support four river gods who are topped by an impressive an ancient Egyptian obelisk. These four river gods represent four major rivers of four continents, The Nile (Africa), Danube (Europe), Ganges (Asia) and Rio de la Plata (America). 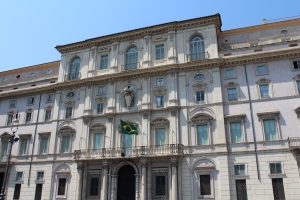 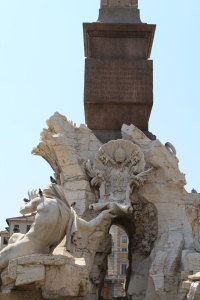 Across from the fountain is the Church of Sant’Agnese in Agone, as we walked inside we were amazed by the beautiful marble interior and statues but whats more, the ceiling inside the dome was incredible hand painted with an image of heaven and saints in the clouds surrounded by cherubs. 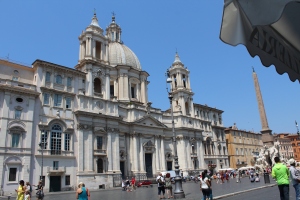 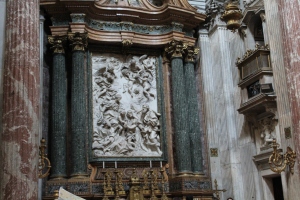 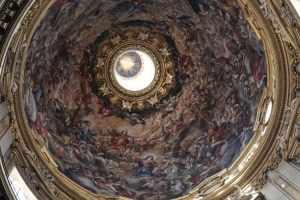 There are also two more smaller fountains at either end of the square which we found interesting, one is Fontana del Moro on the south end which has Neptune standing in a conch shell wrestling a dolphin surrounded by four tritons. At the north end is the Fountain Of Neptune which shows Neptune fighting with an octopus. 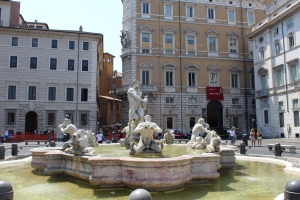 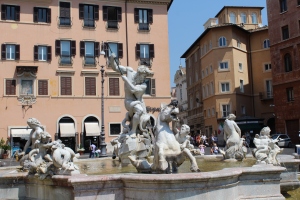